What needs to change in the dementia care sector 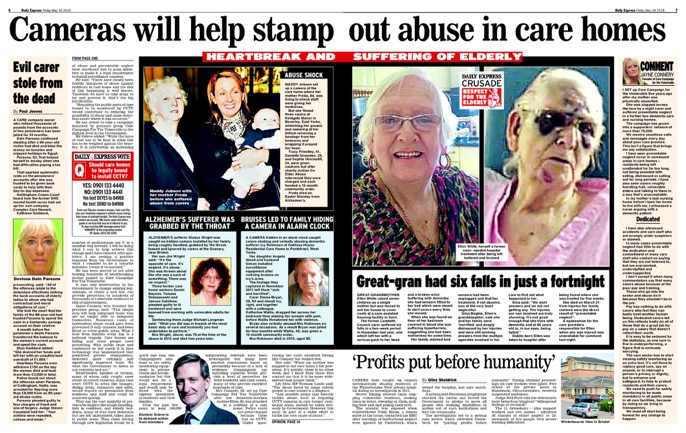 Having spent ten hours a day four to five days a week in four different care homes & three hospital wards around dementia & challenging behaviours over last two years and looked after my own mother with challenging behaviours, it is 100% underestimated what it takes to care for some elderly suffering with this condition both safely & correctly. It’s is wilful neglect towards residents and carers to not recognise & manage this sometimes distressing disease better. It’s very, very tiring, physiologically, emotionally & physically.

Carers & those living with dementia are being placed under too much pressure. It is recipe for abuse to happen

Safety monitoring will help without doubt and not just residents but carers too.

I have seen dreadful mismanagement with residents by carers, leading to escalations of behaviours. I’ve seen taunting , bullying, mocking, swearing and residents displaying agitations down to confusion. I have seen residents & carers becoming steadily more aggressive because of this ( my mother being one) I have seen carers who either have no time, patience or aptitude for the job and deliberate cruelly and show disgust towards the elderly in care homes even without challenging behaviours - because a percentage of carers get fed up with the job , resentful, tired, bored, personal and some told me having financial problems due to poor pay. I have witnessed carers taking it out on these poor vulnerable people at work.

I have also seen many, many wonderful supportive carers display the most incredible kindness & patience in very difficult conditions. Being put through ridiculous pressures without the right support, training or gratitude from residents, relatives & managers alike. Being landed with a sudden increase of complex needs residents virtually overnight. With no extra support or training. No regard for their increased workloads. No support what so ever.

The needing for right support, pay, training , correct hours and conditions is being abused by the system, operators & government. Carers are working twelve hour days ( some 5 days a week) for minimum wage. Carers asked to care for difficult aggressive dementia elderly without any knowledge , correct support or even having their care plan information handed over to them. Not knowing residents likes or dislikes or anything about them. ( some not caring to follow guidelines anyway even if info given )

Many carers will handle this incorrectly. From lack of experience, CORRECT training, support or just Plain EXHAUSTION they will inadvertently escalate distress. They increasingly put themselves and residents at risk. Without correct training.. They take to find their own way through, behave ignorantly, much as a kid in a playground. They punish, intimidate or mock, name calling, push, push, don’t back off, give space & time... use inappropriate and /or disproportionate “ restraint” ...of course this doesn’t work. The resident just ups the ante - to fight back harder.

Care staff find it hard to stand up to management and say that they are not coping. They get resentful & this in turn comes back directly at the residents. The dementia sufferers gets worse, the carers more aggressive.

My step father( a great old character) had dementia and could be difficult . I watched a home carer come into his bedroom, pull his curtains open, ‘bark’ at him & order him to get up.. He was furious . She saw he was getting cross but kept going with her “ technique” escalating his anger. She did not back off once. Eventually he lashed out at her and ‘bent’ her finger. She was outraged and called social services. In her view, she had 20 mins to get him up, dressed & fed. She had to do it whatever within that time. Her pressure was real. She needed to leave and move on.

She couldn’t in her eyes, leave him in bed, unwashed with some breakfast on side table. He was put into a home..where apparently they have more “ time” for dementia suffers... they don’t .it’s rubbish., they do exactly the same..

One stranger after the next comes in room and pushes to get it done then & there..

He was out on very heavy medication at this home . He fell and died few weeks later.

We need safety monitoring to help carers who are floundering. We need to indentify where & WHY they maybe failing.. where there maybe “ real need” complex needs ...where they genuinely should have extra support & resources to help.

We need it so providers /operators cannot turn a blind eye, exploiting carers & residents alike. So well meaning good managers can get the right support into make their homes work. There are many very good decent people in this industry. They are in many cases exploited.

So operators can’t say no money is in it... yes there is..

And we need to clamp down and stop those with negative cruel attitudes towards our vulnerable elderly and bring in very tough penalties.

Competition in sector..this is so wrong around vulnerable, Homes should be “licensed “ according to need...each Borough deciding.. then if operator is failing , take license away and give to another operator. Operators should not be allowed to take dementia suffers without some recognised distressed dementia behaviour training having been completed by all carers dealing with them. The training needs to be ongoing, repeated and tested at in the least six monthly intervals.

CQC inspection... they need to gather info from every visiting relative of dementia resident ....EVERY relative ...this is where the truth lies.. homes cannot “ select” relatives to present to CQC .. be mindful of relative s who are NOT presented..

Recognise human nature, how too much pressure can turn the best of us into monsters ..how lack of resources and time can lead to avoidable neglect ...the difference between abuse from those who are deliberately cruel & enjoying it..( I see this) & those who are stressed and not coping.

It’s without a single shadow of a doubt, safety monitoring in public areas in all care homes will highlight all that is wrong in these facilities and all that is good. 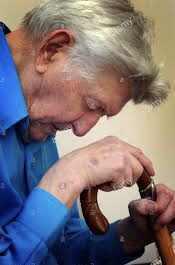 I am delighted to be invited as a Ambassador to assist in this wonderful campaign instigated by Jayne Connery regarding CCTV security in care homes throughout the UK. This, I feel, will benefit carers, staff, residents and their families in the event of any dispute. As a relative of someone suffering with Alzheimers disease I have been involved with care homes over the last ten years and I feel the knowledge I have can contribute to this very important initiative