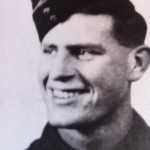 A few months after I launched my website I was invited to contribute to an NHS Confederation report from the commission on the urgent care of older people – and happily agreed. Convinced I’d written quite enough about my own family’s experiences, before meeting the commission I garnered the opinions of various individuals involved in elderly care, determined to keep the personal out of it.

It was only after the official meeting, when just a few of us were left chatting, that I was specifically asked about my own experiences. I told the commission’s chair Mark Newbold about the poor quality treatment given to my father shortly before he died and compared this to the excellent care afforded my father-in-law in the days before his death.

What was fascinating, and instructive, about these two cases, I told Mark, was that the positive elements that made my father-in-law’s experiences so good were those that, in their negative form, made my father’s so bad.

To his credit, Mark understood the power of human stories to touch and inform others and asked me if I would write up this personal story to be included in the foreword to the report. With this in mind, I think it’s worth outlining the two cases here.

Both my parents became very ill in their final years. My mum developed vascular dementia and I have written extensively about the emotional and psychological strains this imposed on all of us as a family. My father’s brain remained sharp but a series of strokes left him frail, bedridden, being fed by a gastric nasal tube and being looked after in his own flat by two live-in carers.

Aged 88, my dad was taken to hospital with an infection. At about 3pm an A&E consultant prescribed antibiotics and told me dad should be driven home by ambulance “immediately, for palliative care”.

This didn’t happen. Instead, my father lay on a trolley for seven hours. Why? Because rules stated that only hospital ambulances could be used for discharging patients. Despite my repeatedly reminding nurses that my father was being discharged, not because he was well, but because he was dying, they refused to arrange a front-line ambulance. They simply didn’t seem to care.

When a hospital ambulance eventually became available I drove ahead of it to dad’s flat. Within minutes, the phone rang. “Does Arthur Kelly have a DNR?” No hello, no introduction, just six heart-stopping words. It was the hospital driver informing me my father was too ill to be driven home by him and needed a frontline ambulance – the very means of transport he’dbeen persistently denied.

I convinced a senior member of the hospital to allow my dad to be driven home in the ambulance, accompanied by a nurse. It was near midnight by the time my semi-conscious father was placed in his own bed, but moments after the ambulance crew left, I noticed that his nasal tube had become dislodged. I rushed downstairs only to be told that the nurse, though qualified to do so, wasn’t authorised to reattach the tube. Dad would have to return to hospital and because the crew weren’t allowed to take him in their ambulance, they explained, I would have to dial 999. The ambulance drove off leaving me incandescent with rage and fraught with something I can only call grief, mixed with utter disbelief.

My elderly, gravely ill dad, the man who’d taken me on bike rides round the dusty Surrey lanes and pointed out pyramidal orchids on our many walks up Boxhill – the man I loved with every fibre of my being – was being treated like a cog in a machine, not cared for as an individual.

By contrast, a few years later when my 91-year-old father-in-law Maurice was admitted to hospital in his final week of life, his treatment was exemplary.

After he suffered a bad fall, his GP called in the local rapid response unit who were highly competent and caring. Four days later, on a Sunday morning, two nurses arrived to get Maurice out of bed before deciding, having taken telephone advice from a doctor,that he needed to go to hospital.

Once there, Maurice was seen by two doctors within an hour, then a consultant, and given a CT scan and a hip and chest x-ray – on a Sunday. During his stay, two things impressed us as a family: the nurses’ compassionate professionalism and the “can-do” approach of everyone we encountered, from management to ancillary staff.

At the heart of these two cases is care focussed on an individual’s needs. In my father’s case it was totally lacking; in Maurice’s case it was delivered superbly.

And it is this: bespoke care tailored to one person’s needs that guides all my views on how we deliver the very best care – to everyone, of course, but in particular to those who find it difficult, sometimes impossible, to communicate their needs, including those who are old and those with dementia.

I was later asked to use my contribution to the report as the basis for a speech to the NHS Confederation. When asked to come up for a title for my speech I didn’t hesitate: I called it “At The Heart Of All Care Is The Person.” I began it by saying that though this title, this statement, sounded blindingly obvious, its message was all too often forgotten.

It was to be the first of many public speaking engagements for me. Such is the power of personal stories. Such is the vital importance of genuinely person-centred care.