Care Campaign for the Vulnerable is receiving a high volume of correspondance during Covid on alledged and proven wilful neglect cases in care homes. Families say not being able to visit due to visiting restrictions is bringing deep distress. One family told us their loved one died from neglect in his care home and was failed by the local mental health team. Care Campaign for the Vulnerable is deeply concerned with the reports coming in to us and we are supporting these families. Please note there are distressing photos if you scroll down. These photos we have been asked to make public and we have decided to do so. They are not the most distressing. Important to note that Care Campaign for the Vulnerable raises issues in care to help improve care standards to our vulnerable elderly and to influence the use of safety monitoring. We understand there is great work happening in the sector and support our dedicated carers and professional care providers

Raymond and his wife in younger days 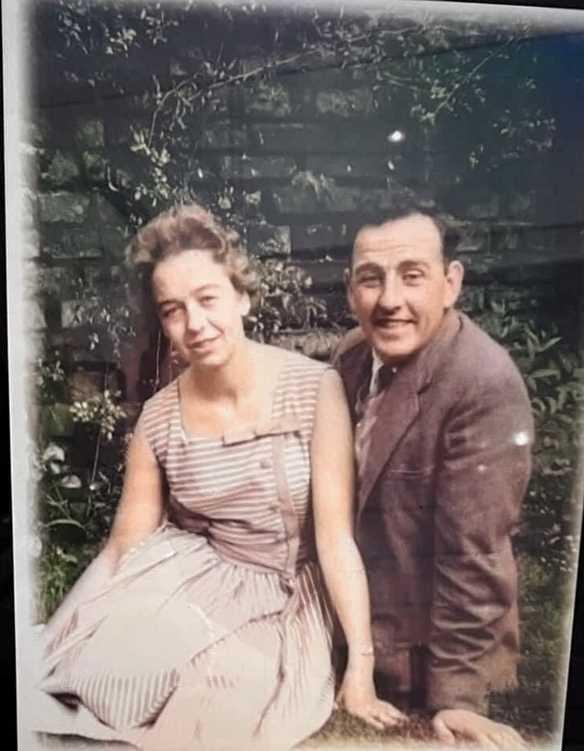 Ian, with his late Dad Raymond who say was failed by his local Mental Health Trust and care home 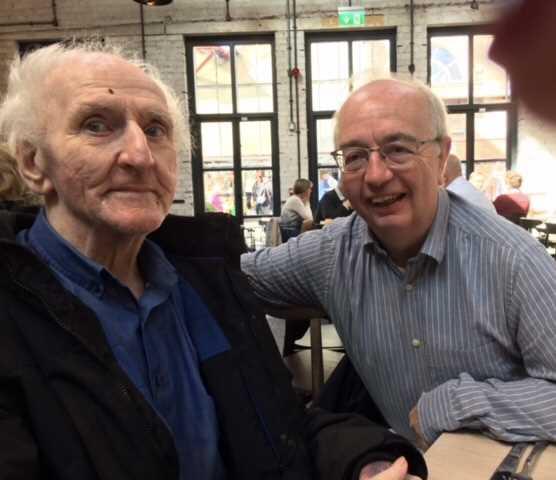 My Father-in-law had been in social care since 2005. Due to the sudden death of the my mother-in-law shortly before their flight home from a two week holiday in Tenerife, Dad was truly heart broken. He blamed himself and never got over it. Since January this year he was admitted into a mental health unit. We saw him most days until the pandemic struck. We feel the pandemic made a very challenging situation of caring for Dad impossible. Due to the countless misleading information we have had to deal with from a SAR from Mental Health Foundation Trust we discovered that Dad placed in a home decided by them on 31st January 2020 just twenty one days after he was admitted.

My father-in-law was attacked in his care home by another service user, sustaining bruising around his eyes. He was failed in his care. They didn't seek any medical attention for my father-in law. His family contacted safeguarding. Dad lost 20lbs in hosptial and 5lbs in his first three weeks at his care home during Covid 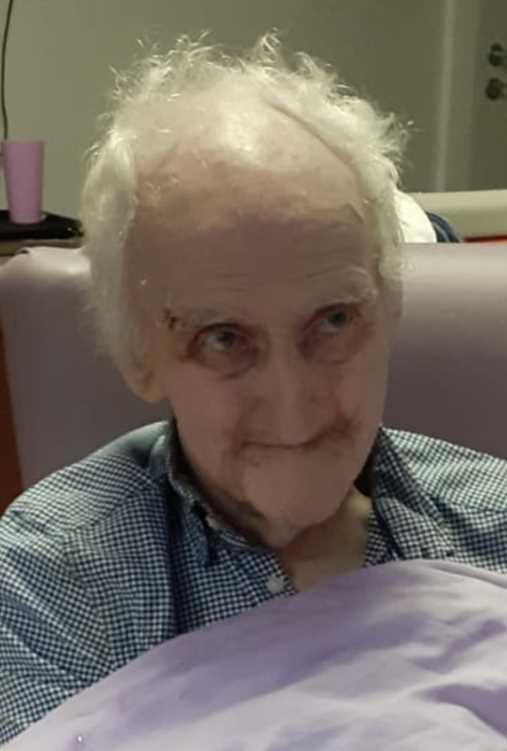 ''Dad was assaulted by a service user within 24 hours of admission. He was punched and suffered two cuts above and below his eye. He should have had 1-1 support. The home was neglectful for not following Covid 19 protocols and no personal care. He contracted Covid19 at the care home. Ten members of staff were self isolating. So many tradesmen were in and out of the care home and that was nothing short of irresponsible''. 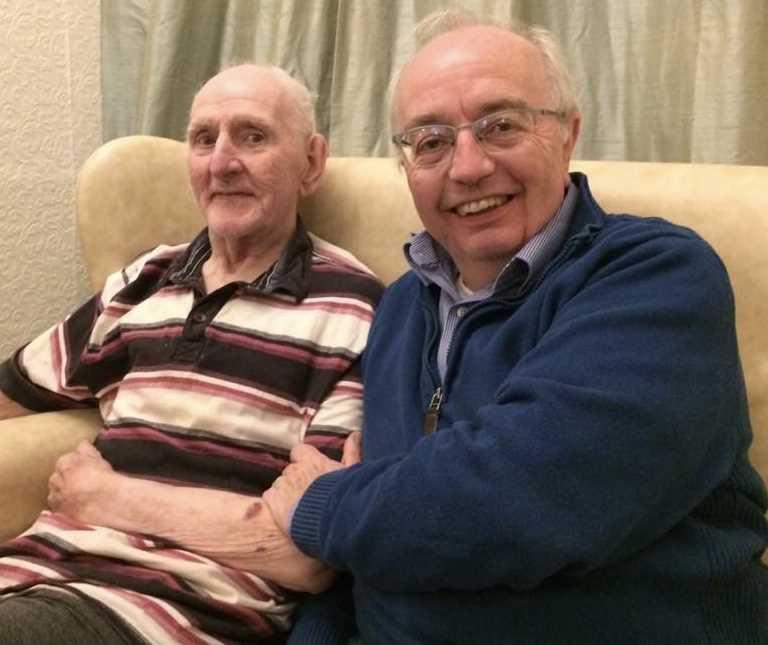 We were informed of this possibility on Dad’s 90th birthday a two minute conversation with Dad’s care co-ordinator where my husband outline he was a non driver so getting to the care home would be a six hour round trip on public transport. Dad sister’s and elderly nephews were also non driving. So this would deprive Dad of his right to a family life( human rights act section 8.) As a family we heard nothing more and expected to get confirmation of another home we had chosen on the periphery of our county who were happy to support him. However, this didn’t happen on the 4/8/2020 and we received an email with an attached letter with our first what seemed like ultimatum. On this day to we also received a letter through the post from a solicitor regarding a first tier tribunal for Dad. When I spoke to the solicitor he agreed that he needed to investigate our concerns and he would ask the mental health trust to delay Dad’s discharge by three weeks which would give him time to investigate our concerns. The solicitor emailed to saying they had said no to a delay. Initially it delayed Dad’s move for a week. A week later the second ultimatum arrived which again we found Dad yet another care home with availability within our local area who would support Dad for his discharge.

''We weren't allowed in to check on him. Dad's room had flats being built very near to his room. The building debris was so bad we we forced to clean Dad's window to see him inside.'' 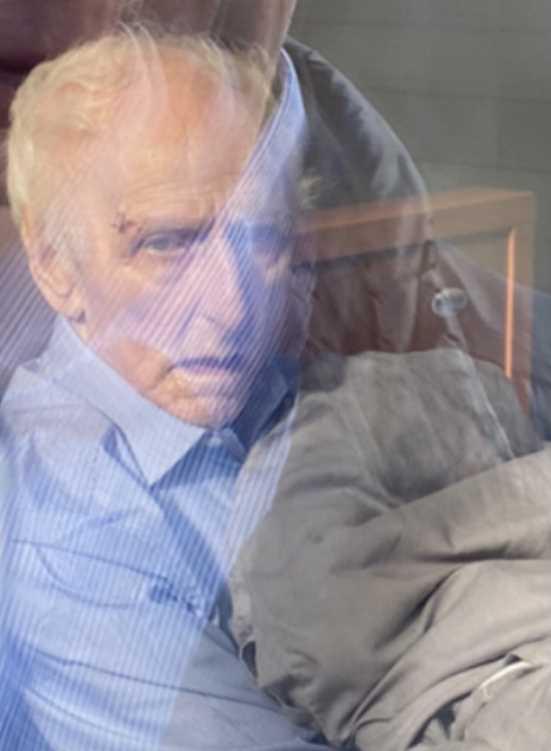 There was a catalogue of failings and the local authority didn't like our persual for needing answers. No one was made accountable to the debacle facing our family.

Yet again I emailed Chair of the Board and the CEO repeatedly explained that a move near his family was in Dad’s best interest. I think the tone of the letter from the CEO and Chair illustrate their contempt they had for me for challenging their lack of good governance. On the 14/9/2020 I attended a full governors meeting were the Chair discussed the forthcoming acquisition of their health services. His words were, ‘The xxxx lot are not Basket Cases’ I was stunned and another governor wrote her dismay at his use of such language on the text feed area of the Microsoft Teams meeting. I have enclosed the text message between myself and another governor. I was part of the governors who were appraising (Chair of the Board) for the previous year. Throughout the discussion it is apparent this gentlemen had made this remark. One person states she read the text feed at the governors meeting and another states that I had misinterpreted the whole misunderstanding. However, it is apparent that he used derogatory language in the meeting and this is unacceptable in any arena. His lack of concerns were somewhat shocking.

My father-in-law was sent out of his home area without the consent of his family who had a LPA.

Care co-ordinator didn’t respond to our many concerns. The receiving home was in xxxx which had been put in local lockdown on the 8/8/2020. The care coordinator didn’t visit the home prior to Dad being admitted. She didn’t see it was still under construction with flat being built adjacent to the property. Dad’s care plans stated he needed a quiet, calm environment. There was neither. He was assaulted by a service user within 24 hours of admission and neglected on two separate occasions. Dad had no personal care for sixteen and half hours. For a gentlemen who was doubly incontinent this was immensely distressing.

Two safeguarding meetings after Dad’s death substantiated Dad had been abused and neglected. Infection control went into the home two days after Dad died in Hospital. Dad's care home were not following COVID 19 protocols. Families were not allowed in the home but tradesman were. A DOLs assessment refers to plasterers and builders finishing off the upper floors of the care home. His Care coordinator in the same document states there was no best interest meeting. They have not followed the care act or the mental capacity. I did however, give the Chair and the CEO updates on Dad’s continued lack of care and due diligence. As we discussed it needs a cultural change from the top down. We were failed as a family, but more so my late father in law was and I'm certain many other vulnerable people continue to be.

Care Campaign for the Vulnerable has spoken in length to the family. We have heard a recording in a meeting where it is stated derogatory language was used by the chairman and was found to be disturbing by some committee members. Two members at the meeting agreed this was said by the Chairman. The person chairing the meeting didn't agree it was said in the ''same context'' that it was said by this family and two other committee members.'' Care Campaign for the Vulnerable has seen correspondance. If you are interested in this case study please contact ccftv.cares@gmail.com