''My Dad's injuries needed surgery but his family was told by safeguarding the care home would see the failings as a ''learning curve''...''

On November 18th 2020 at approximately 9.20 am I received a phone call from my Dad's care home (manager) telling me Dad had ''slipped off his bed at 6.30 am'' and suffered a suspected broken hip. The staff member told me a doctor had come out and had called 111. An ambulance was sent and would be roughly 2 1/2 hours as was deemed ''not urgent''.

I was very concerned knowing my father would be in pain and not seen urgently as he sufferes a heart condition (stents). I was more concerned obviously because of the Covid risk and not being able to be with him. I called the ambulance service myself and explained my concerns and they were there within forty minutes which I felt should have been done in the beginning. I met Dad at the hospital and after gaining permission I stayed with him as no staff from the care home had accompanied him. The hosptial confirmed after an X-ray but a sure sign was that one leg was showing longer than the other - he had actually severed his hip bone from the fall from his bed.

Dad had an operation to replace his hip bone two days later. Dad couldn’t explain anything because he has Dementia. He wasn’t capable of explaining his pain but showed signs of confusion and when nurses touched his leg prior to his operation he winced in pain and showed signs of distress. I witnessed my darling Dad in so much pain. He is also double incontinent and staff had difficulty in turning my dad as he struggled with pain and was scared. I helped to try and reassure Dad when I was there with him. That was the last time I saw him in the hospital. He was placed on an isolation ward and had a Covid test - thankfully the results came back clear.

''My father suffered bruising and his family want an explanation....'' 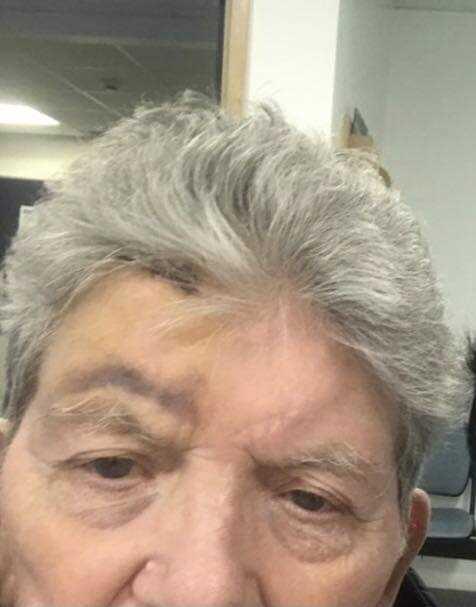 The next day I called the carehome and spoke to a staff member. I wanted to discuss how these injuries happened but I had to get the courage up to call. I felt scared to hear what had happened and hoped the right thing would have been carried out by the staff. How wrong could I be?

Dad had slipped off his bed that had a slip sheet and a blow up lilo as dad had mobility problems and the slip sheet helped the carer turned him when he needed assisting in personal care. He had an ordinary sheet covering the slip sheet. On the 18th November at approximately 6.30 am as he was getting care and assisted with being dressed by one carer (we thought he had two ) instead of placing him safely on the chair dad was left on the bed and slid off it and didn’t have the strength or mobility to support himself back up. A recorded phone call for my own benefit so I could listen back, a staff member said it happened at 6.30 am but a doctor wasn’t called until 8.30 am and they then called an ambulance. It was told to the ambulance team it wasn’t urgent and then the home called his family to inform us at 9.20 am. Dad was left for two agonising hours before any one even considered calling him a doctor ( which we were led to believe did come out to visit him ). We since found out this did not happen.

A picture posted on the care home facebook page I noticed severe bruising to my Dad's hands. When I contacted the manager she said my father ''bruised easily'' and she or the staff hadn't notice it. Nothing was said again...''

They said Dad didn’t seem in any pain and managed to ''get up onto his knees and with a little help proceeded to try to walk.''!! My father could never have the thought , ability or capacity or even the strength to get up onto his knees to pull himself up as he had serious mobility problems - hence the slip sheet and needing help to turn over - how on earth could this be told to us?

There have been many serious inconsistencies with the report and the account changed to the safeguarding team. I have concerns as safeguarding has written in the report sent to me the care home has seen these issues as a “learning curve” . My concerns sent to safeguarding and the report from the care home will now be sent to CQC. I have also gained the support of Care Campaign for the Vulnerable. I have photos of my lovely Dad with a severe hand and wrist bruising that was on the Care Home page during lock down. I messaged my concerns to the manager and nothing came of it saying Dad bruises easy but he is not on blood thinnning meds and the bruise was very severe. My heart is wrenching over what could have happned.... ''.

It’s totally alarming that my 81 year old Dad has suffered such injuries and so many inaccuracies to how it happened. It took so much strength and trust to place our Dad in a carehome that we thought he would be somewhere safe and forever his home. We had put our full trust and faith believing he and other residents would be safe. We are devastated. Dad is now in a new Nursing Home but he can't walk any more ... what little mobility he had has been taken away. No duty of candour from this former care home and we now want more transparency and honesty to what happned in my dad's care...''

Care Campaign for the Vulnerable is concerned with correspondance coming to us reporting unexplained injuries during lock down and lack of family visits. Many tell us are distressed over the lack of transparency and not being informed when injuries to loved ones are sustained. We are supporting this family and details of injuries have been forwarded to the CQC. If you are interested in this case study please contact ccftv.cares@gmail.com