''How many more elderly residents failed in care will be reported as ''lessons learned..?''

Julie's mother Veronica died after she suffered failings in her care. An investigation recommendation outcome report saw ''lessons to be learned...''. Families Care Campaign for the Vulnerable support says this is never good enough and elderly who suffer failings in care that bring on a severe decline in their wellbeing and health those responsible should be made accountable. CCFTV accept the majority of care providers exceed families expectations and our case studies are not representing the whole of the care sector or those dedicated professionals who work within it.

''I have raised issues time and time again in the failings my mother suffered in her care home with authorities and the Care Quality Commission. Not once have I received an adequate and transparent response. My mother, Veronica became a resident of a nursing home on the 16th of November 2019. She passed away at The Royal Bournemouth Hospital on 31st May 2020. She had many tests carried out including four CT scans, two on her head and two on her abdomen. These showed up as nothing significant. However, a blood test revealed serious dehydration.

After her passing, I requested her care home notes. The following concerns I made to adult safeguarding and the CQC. In a pre-admission meeting, I told the team mum was suffering from Alzheimer's Dementia. It was recorded that mum suffered urine infections and needed regular prompting but the doctor notes recorded inadequate fluids were given. Some days it is recorded she consumed as little as 200ml. Over three days whilst being treated for a urine infection she consumed a total of 900ml. Mum was constantly complaining of bad abdominal pain as early as January 2020.

Julie's mother on her 80th birthday when she entered her care home surrounded by her grandchildren. Her family say her death was preventable and the failings in her care contributed to her premature death...''

As far as I was made aware no investigations were undertaken. She continued to report regular pain. On 24th April 2020 laxatives, which had been prescribed by a doctor to use as and when required, were administered daily. They were given daily until mum was admitted to hospital on 22nd April. On 5th May after several more urine infections, a specific gravity urine test was done. This showed mum was dehydrated. It was reported to the management team. Nothing was put in place to rectify the situation. I believe if an action was taken at this point mum would still be here today.

On May 15th it is documented mum started to suffer vomiting and diarrhoea. It is documented she was passing large amounts of type 6,7,8 stools. A doctor saw mum on Wednesday 20th May. Five days after the illness started. The doctor was not told of the laxatives that had been administered or the extent of her illness. Mums BP was also very high. The doctor assumed it was because of the pain. The laxatives were doubled and a blood test ordered. On Thursday Mum was found unconscious on two occasions. An ambulance was not called. It is documented that I called mum as I did every day, but mum was so weak that she could not talk and hold the phone at the same time. It is also documented that she was too weak to hold a cup or even a spoon. Again nothing was done. On Friday 22nd May mum was found unconscious again. No action was taken.

The District Nurse arrived to take blood at the home. She was not informed of any of the unconscious spells, only that staff were concerned about the BP. It was taken and again it was dangerously high. The District Nurse was late in reporting the BP reading to the doctor and was subsequently disciplined. The doctor called the home at approx 15-26pm and told them to call an ambulance on code red. They waited another half an hour before doing so.

The duty manager of the day wrote a statement saying the paramedics questioned her as to why they had been called as mum appeared ''so well.'' I know this to be untrue, as when I met mum outside of the hospital, I was informed by the paramedics she had been in and out of consciousness since she had been in their care. I was called to the hospital on the evening of Monday 25th May. I was informed my mother was going to die. End of life care was started and she passed away on Sunday 31st May. All of the points I have questioned over and over again but not once have they been explained to me in any of the subsequent investigations that have been carried out.

''It is clear from the evidence I have been able to collate that there is poor recording practice within the service which indicates that there was insufficient monitoring of fluid intake to Mrs Thomson and as a result, her care and support plan was not reviewed accordingly.

It also highlights the need for staff to continually review care plans to ensure they are reflective of the changing needs of residents within their care. Improved communication is needed between the managers within the service and the GP/District Nurses so that there is a clear understanding of the management of care and treatment for residents. There are clear learning lessons that are needed in response to this complaint at the service regarding the importance of effective and thorough record-keeping and documentation. This should also include educating staff on the importance of reporting and recording any changes to residents physical presentation.

A review of Quality assurance needs to be implemented to ensure that the home is more responsive to residents changing needs and that any actions needed are followed up in response to the resident’s care and wellbeing accordingly. Robust supervisions will need to be implemented to ensure that all staff understand the importance of the recommendations within this report. I will address issues within this report to the leadership team at our service in response to this complaint to ensure that this is not replicated and to ensure learning outcomes are made

An action plan will be devised in response to this report to identify and action the points highlighted within this investigation.'' Care Provider 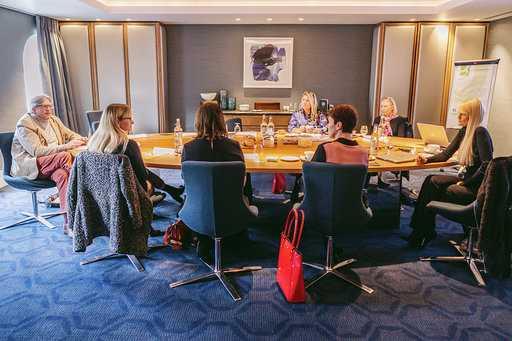 Care Campaign for the Vulnerable is supporting the family. They say transparency around events and answers to their family's concerns have not been answered. They say the ''lessons to be learned'' outcome is not acceptable. We continue to support this family. If interested in this case study please contact ccftv.cares@gmail.com