“Our late Grandad was let down with his care...he's not just a COVID statistic...''

Families contact CCFTV reporting loved ones suffering neglect saying the Covid pandemic did bring the sector many challenges but this must not be used as an excuse for delivering substandard care during a time families were restricted from entering care homes. A granddaughter CCFTV is supporting told of her upset after her late grandad suffered neglect - many complaints substantiated after an investigation. CCFTV understands this is the family's account. 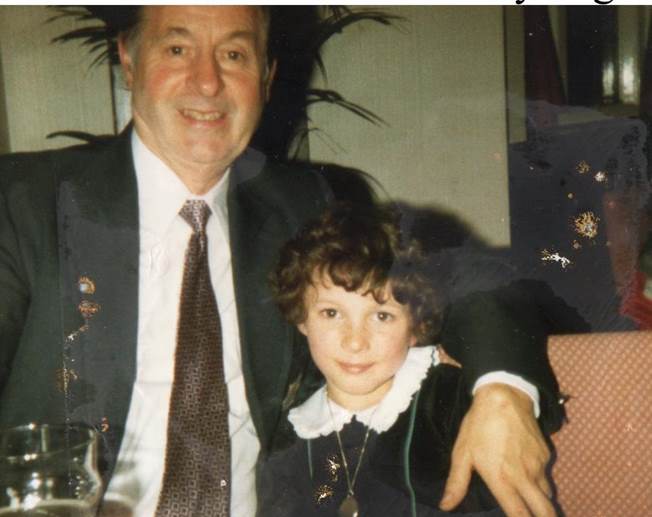 ''My Grandad was my world. He was full of knowledge and stories and we would talk about almost anything, even when he was diagnosed with dementia and Alzheimer's we would still giggle and chatter away. Last year he caught Covid19 in a care home and sadly passed away in the hospital. This has been very hard on all of us. When I saw on the news how many vulnerable elderly were catching covid in the care homes I would sit and cry, I stopped watching the news because I could not physically cope with the daily countdown of deaths. These people were being treated as a statistic and not a person. We never imagined that this would happen to anyone in our family and it is still incredibly hard every day, knowing you can’t just pop around to see him or just to hear his voice again and talk to him. It's really difficult. I miss him, we all miss him and it's like a part of our heart has been ripped out and there is a piece missing that’s never going to be found.

Before this cruel disease took over, he had a very active life, so here is a bit about him and what he was like in his younger days. My grandad was born on the 24th of September 1926. He was 94 years old. He was born into a big family and had three brothers and sisters who he loved very much and would talk about them a lot and the mischief that they used to get up to.

''Grandad with his siblings. He is the one rocking the ginger hair..." 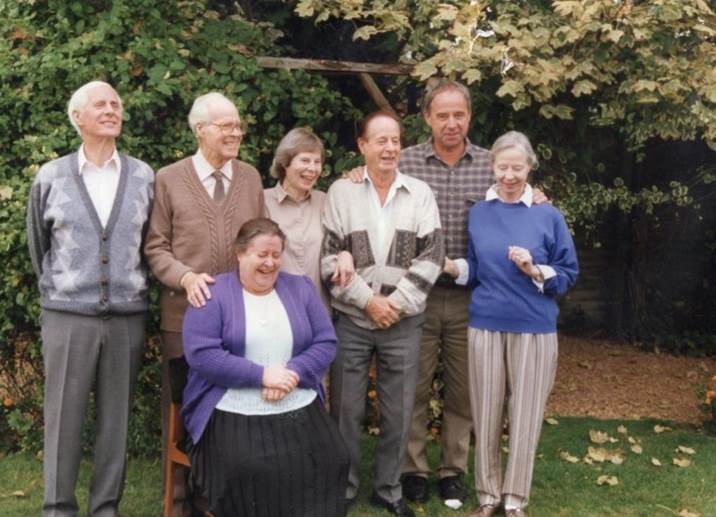 He was also in the army for four years, serving to protect our Queen and Country. He was trained on how to use a rifle in combat and relay tales of the war and the different countries he got to visit. Some were nice stories and memories and I would sit just memorized by the words coming out. I could not believe that when you watch the films with the shouting and the gunfire that he was there in the second world war. He also played the bugle. He was a member of the Worcestershire battalion and wore his jacket with pride

When his time in the army was completed, he met and married a lady called Mavis, our nan. They had many happy years together and spent every day laughing and joking. She was the love of his life and there was never a dull moment with them both. One of my grandad's passions was football and in his younger days, he was in a football team called the Warley Wanderers.

''My grandad is bottom right ''

He was a huge West Bromwich Albion fan and was a regular fan going to watch the games. As his illness got worse and he wasn’t as mobile, he stopped going to the stadium and would just watch the matches on the tv, listen on the radio or we would watch the final score on a Saturday. As he was going to be 94 years old I had planned something very special for him. I was going to take him to the stadium for a tour just for him so he could see his beloved team once more. With his type of dementia, he used to get upset easily and did not like a lot of people crowding him. So, I thought this would be something to look forward to and for us as a family to remember. When I mentioned it to him, his eyes lit up and a huge smile spread across his face.

Unfortunately, when his birthday came around in September of last year, he was in a care home through no fault of his own and therefore this particular one only allowed one family member to view him through a window. A dirty, disgusting window, where mould gathered and clear to see the lapse of cleaning and hygiene. When he was wheeled in by the carer proceeded to close the window so grandad could not hear what my mom was saying to him. We weren’t even allowed to bring him a cake or any presents.

That was the a very sad day and I was devastated that I wasn’t allowed to see him. The care home said it was because of covid 19 which at this time there were no cases. They kept us away from our loved ones. Even when we had our own PPE we still weren’t allowed. We went from looking after him and seeing him, doing his chores and shopping and spending time with him, to having the odd phone call, where he was clearly confused and delusional, clearly not himself. It was weird and unfamiliar. From being in charge of every aspect of his life to then have hardly any communication or updates on how he was doing and just being continually told he was fine when he wasn’t was infuriating. Like trying to get blood from a stone, it just was not happening, we were never told anything. I was my grandads' power of attorney and still was told nothing.

They hardly communicated with my mom and she was also told he "was fine" too. I said to mom we need to get him out and we tried, relying on the council and social worker, there was such a lack of communication and we had to wait for assessments to take place. I was ready to get him and take him home but we weren’t allowed through the door. The one time I saw him he was crying saying he was alone and scared, his dementia was worsening. I remember saying “not long now grandad you will be out next week and we can have a nice cuppa with some biscuits” This made him smile and he composed himself.

''My grandad was our world and a precious part of our family... not a COVID statistic.''

My grandad was a gentleman who taught me how to do the jive dance, read me stories and loved life. Even when he was in pain, he would smile through it and carry on. He was a dapper and smart individual who liked a shave, a wash and always had a comb near to do his hair. In his eyes, he thought he was twenties. He was a veteran who had his medal from the Queen for his service, he loved animals, he looked after us when we were little and tell us stories and play games. My grandad was a person and not a statistic. He did not deserve what happened to him, to have no respect and be neglected by the people who we trusted to care for him and who have failed him.

Our family still haven't had his precious belongings returned by the care home. We didn't even get condolences. I feel the staff did not treat him with the dignity or the respect that he deserved. Our grandad was completely let down by the care system. The same people who are qualified to do the right thing and keep him safe, to always put his and other residents need first, and to ensure a person-centred approach. In my experience, I did not once witness this or see a care plan. I feel like everything is being blamed on Covid 19 and it's being used as an excuse in elderly neglect. People say mistakes that happened will now be learned but my grandad was a person, this should not have happened. He should not have endured suffering and pain. We are all grieving for a person we never got to say goodbye to, hug or hold his hand. This is our Grandad and he deserved so much more.''