Caroline Scott took photographs of her Father's bed, broken with a makeshift bandage holding it together, Caroline told Care Campaign it was like this for months and her pleas for it to get fixed were ignored. 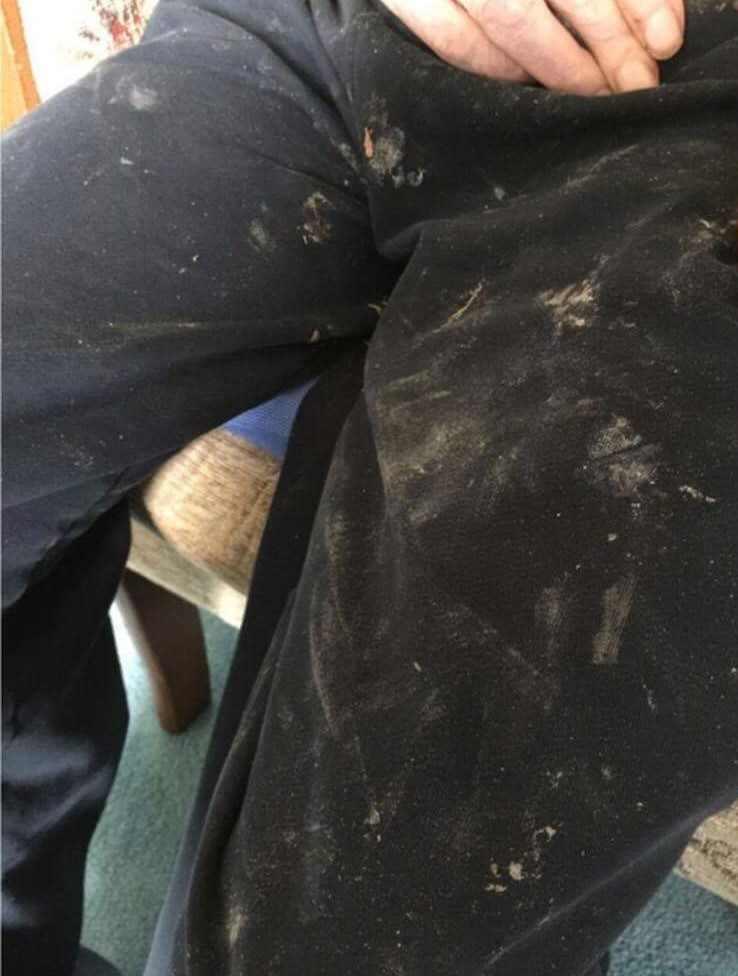 On 21st December 2016 Caroline Scott lost her Dad who resided in a care home and living with dementia. Caroline contacted Care Campaign a year and a half later distressed , telling us she was receiving no response from her late Father’s care home Management who she and her family say failed him and because of these failures of care brought a severe decline to his health. Caroline told us she wanted acknowledgment the suffering her Dad endured was a direct result of not receiving the correct level of care and as a family wanted the care home to accept accountability that more should have been done to ensure his dignity and care.

Caroline told us ''After many years of raising awareness to the intolerable failings my father suffered, I had no choice but to take photos and document the evidence as Management at the time were not listening . The neglect that happened to my father was not being addressed and the relationship with the home had inevitably broken down. Of course I would have moved him without hesitation but the home near us was rated inadequate by the CQC at the time so at least I could visit him regularly at this one. I only raised issues I saw were substandard care. Four days before Christmas 2016 my father passed away with me by his side. The following Feburary we had a knock at my door and it was the authorities informing me the care home had made a complaint with a 'allegation of abuse' towards my father. I was completely and utterly devastated. What had actually happened I raised awareness to Management against two carers who had treated a elderly gentleman with no dignity and respect, goading him and making him more aggressive instead of calming him down. I spoke to the Manager regarding their unprofessional behaviour. I use to be a carer NVQ Level 3 and I know how they should have spoken to him - they then called the polcie on me saying I had mistreated my father. These were complete lies and unfounded allegations. The police spoke to me and saw the evidence I had against the home they then realised what had happened. They knew I adored my father and I heard no more. I am still very angry about this and again, if I had done anything wrong against my father why did they continue to let me into the home to see him and not raise the issue with me ?. That aside, my Dad was failed in his care and I blame management at the time for not adhereing to my complaints. I have so many safeguard corresponance and I notified the CQC. I feel so very upset that the whole system let my father and us down .The evidence I have of my father receiving no dignity and often seeing him with cuts and bruisng and just completely neglected was also down to lack of training in the unit and understaffing. I often saw staff in the upstairs unit not knowing about the residents and working with them directly - this often caused problems with medication as well . The last few years I have suffered so much stress regarding my Dad’s lack of care - even when he died I didn't have the strength to raise awareness for the other residents. I know the failings in my Dad's care was caused predominantly because of very poor Management and leadership at the time my Dad was there.’’

Care Campaign for the Vulnerable contacted this Care Provider after seeing extensive documented evidence, coming to the conclusion this care home failed in Ms Scott's elderly father’s delivery of care and his dignity compromised. We were determined to get that acknowledgement as well as a apology for the family. We contacted the Care Provider and detailed Ms Scott's grievences sending on further documented evidence. We suggessted they review this evidience and to reassess whether in fact as a professional conscience led care provider the delivery of care/ treatment of Ms Scott's Father was in fact in most parts substandard.

''I am writing following on from the response to your complaint raised via Care Campaign for the Vulnerable about the care that your late Father received. Following the investigaton of the concerns raised. We acknowledge that there were improvements that could have been made with maintaining your Father's dignity and respect, whilst maintaining his independance, and for this we sincerely apologise.

We have learned a lot from reviewing your late father's care and have improved in many areas of our care delivery as a result. We apologise that this was not the case when you were visiting the home''.

‘’A admittance they did not give my Father the correct care he deserved was all we wanted and as a family this was something we will never get over. No apology will give us that time back with our Dad and it won't bring him back but I am hopeful the reassurances we have received from this care provider will ensure all those vulnerable residents left behind will receive much better care - they deserve no less'.

This case is particularly distressing. A daughter who placed her father in a care home and witnessed much neglect in the delivery of his care. This neglect wasn't physical abuse but preventable neglect with a lack of dignity and respect, something no person should ever have to be subjected to, least of all a elderly person in a care home with dementia. Caroline would visit her dad regularly and see him in a distressed, unkempt and unclean state and often witnessed him on the floor in his room unable to do anything for himself. When complaints and issues were raised Management did not action them so Caroline documented failings by taking photographs and writing notes. Whilst we advise any complaint should be raised with the Care Home manager and appropriate agencies - Caroline and her family say they were failed by all agencies in the safeguarding of her Father and was forced to log every incident to prove her Father did indeed not receive the dignity or good care he should have. What is completely unacceptable is how Ms Scott had to battle over a year and a half to receive acknowledgment that the lack of care and dignity did happen to her Dad. The Care Home after reinvestigating the claims finally accepted more that could have been done , should have been , in her Dad's delivery of care. Too late for Caroline Scott's Dad, but hopefully the bravery of one daughter to get at last a acknowledgement from the care home that her Dad was failed, procedures are now put in place so this never happens again. It is some small consolation to the Scott family who witnessed their Father suffer many failings in his care, they say brought ill health and his eventual passing. We know through the work we do so many conscientious led Care Providers work hard to deliver good , consistent care to their residents but in still too many cases transparency in care homes is lacking. Safety monitoring in care would have without doubt highlighted these issues to the failings happening in the Scott’s Dad’s care - solutions to the very distressing unnecessary suffering could have been brought in to maintain his dignity and respect - the care sector should come to realise safety monitoring is of course for the protection and highlighting of incidents that can happen in care homes but also to maintain openeness and honesty to all who live , work and visit them.

I am delighted to be invited as a Ambassador to assist in this wonderful campaign instigated by Jayne Connery regarding CCTV security in care homes throughout the UK. This, I feel, will benefit carers, staff, residents and their families in the event of any dispute. As a relative of someone suffering with Alzheimers disease I have been involved with care homes over the last ten years and I feel the knowledge I have can contribute to this very important initiative