A daughter contacted Care Campaign for the Vulnerable telling us her 90-year-old mum, living with dementia was presented with a 'sandwich' at supper time in her care home saying it was neither appetising or nutritious. The daughter contacted us appalled when her mother was constantly being served up cold, small and unimaginative food leaving her mum and other residents hungry.

The daughter who is taking her mother out of the care home, told Care Campaign For The Vulnerable ''I always bring in our own food because the care home food is just so poor. My mum is paying over £600 per week for the privilege of a mediocre sandwich and is often left hungry because it's so unappetising with inadequate portions. The lunches are no better either. The choices are basic and limited with many days having similar choices and often the food is tinned! I come to visit and I’m appalled at what was placed in front of my Mother and other residents. Food is often the highlight their day and I just couldn't let my mum eat what Management thought was 'good enough''. I brought my mum in an egg mayonnaise sandwich and a nutritious fruit smoothie and she ate/drank the lot. It's a scandal how some of these homes are just not spending the money on our vulnerable elderly at mealtimes and many residents can't complain or have visitors to do so on their behalf.’’ 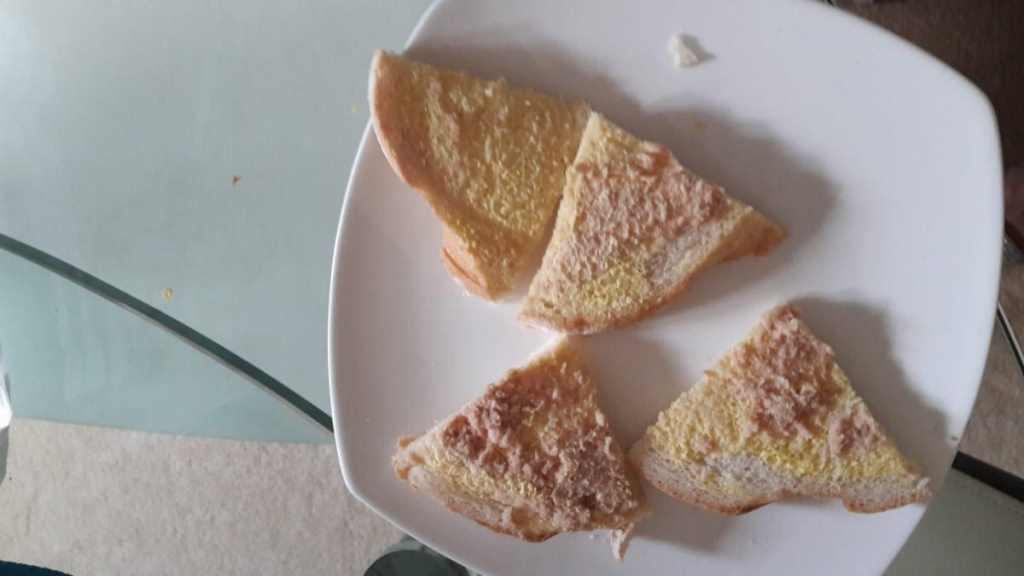 A daughter sent in her Mother's tea time sandwich telling us it was 'inadequate, unappealing and lacked nutritian'. 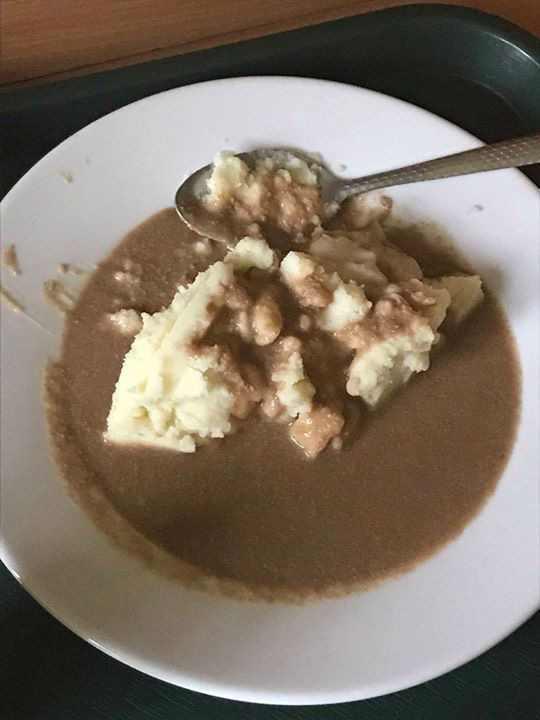 A supporter sent in a loved one's dinner saying it was ''inedible, unappetising and just so poor.'' 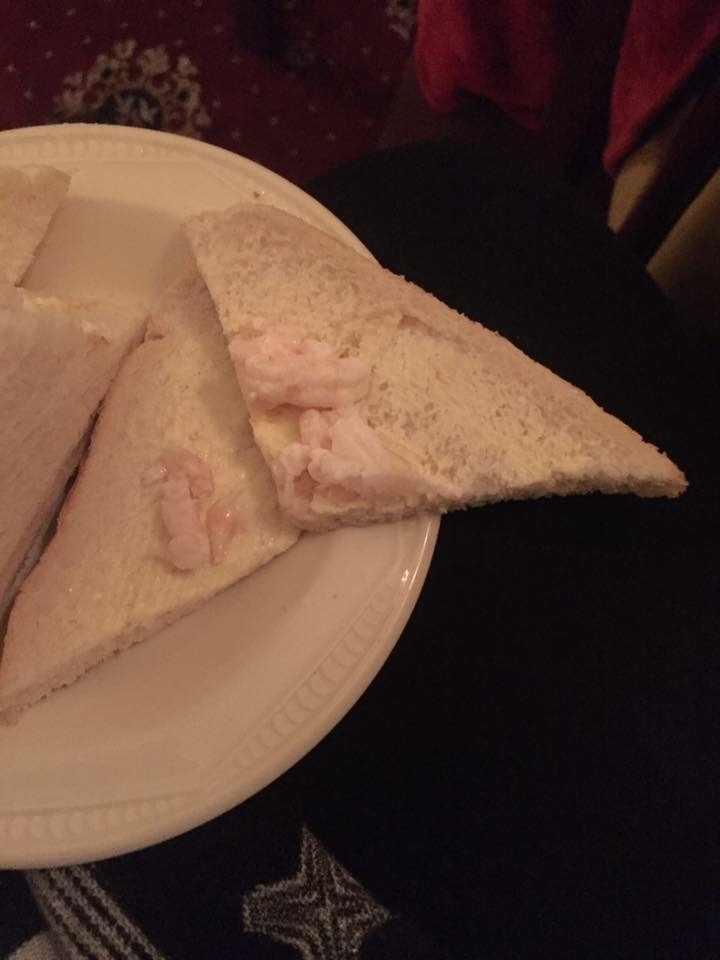 Care Campaign supporter sent in a photo of their relative's supper consisting of a prawn sandwich with 'no prawns'. 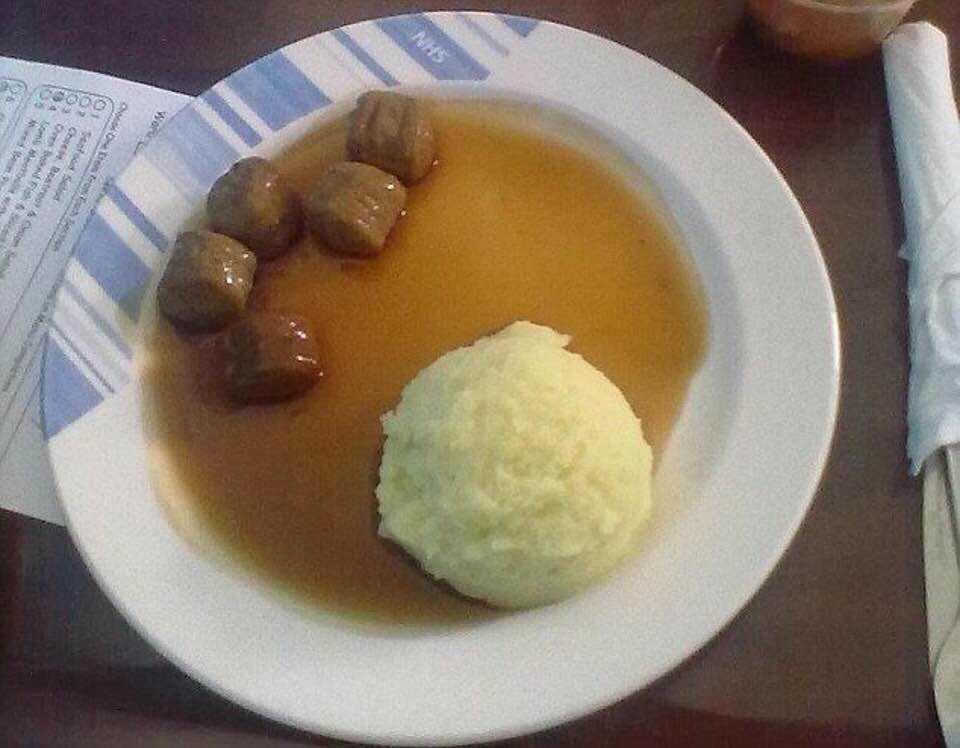 A relative submitted 'lunch' at a NHS care facility telling us it was ''inediable and appalling.'' 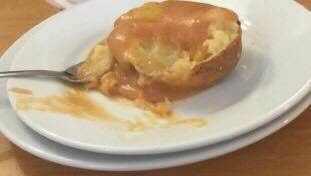 A daughter sent in a photo of a meal presented to her late Father in his care home. A half jacket potato with 'bean juice'. She told Care Campaign ' My father died to what we know was poor care and we received a apology from his care home provider after he died. His intake of calories was appalling''. 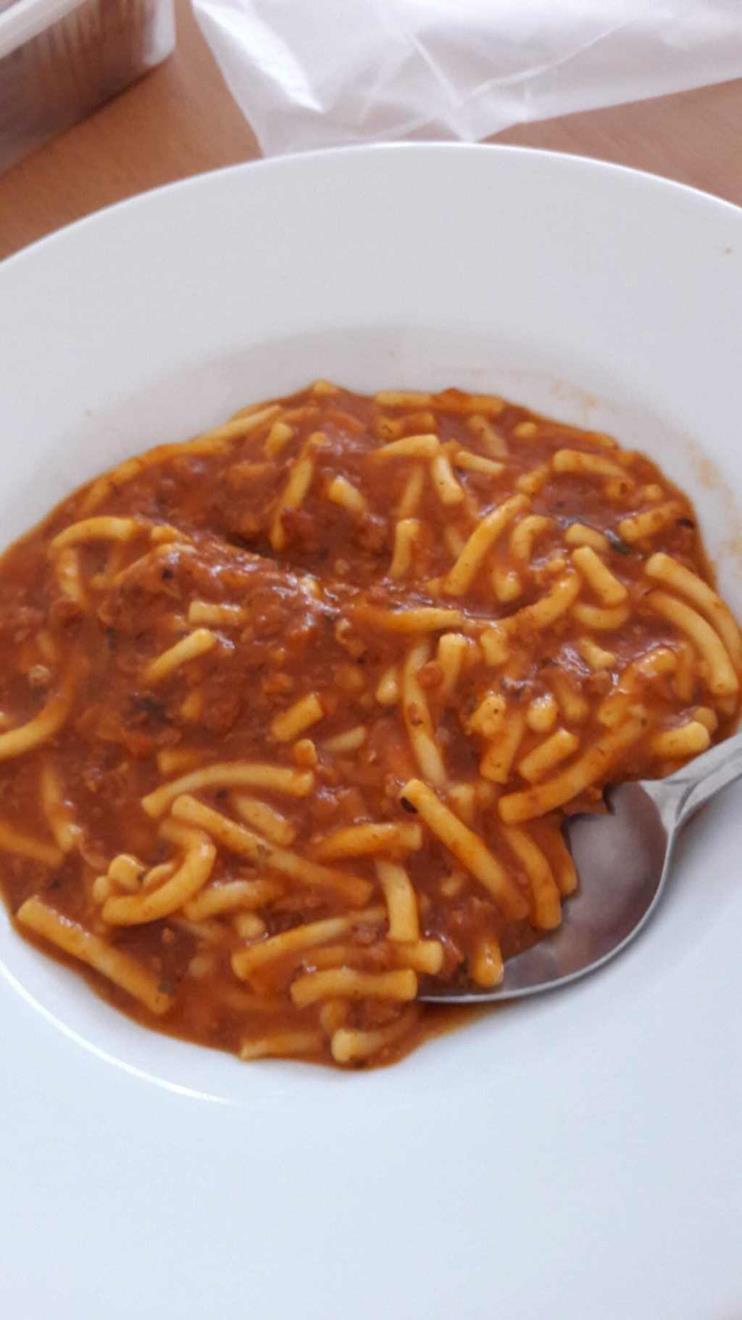 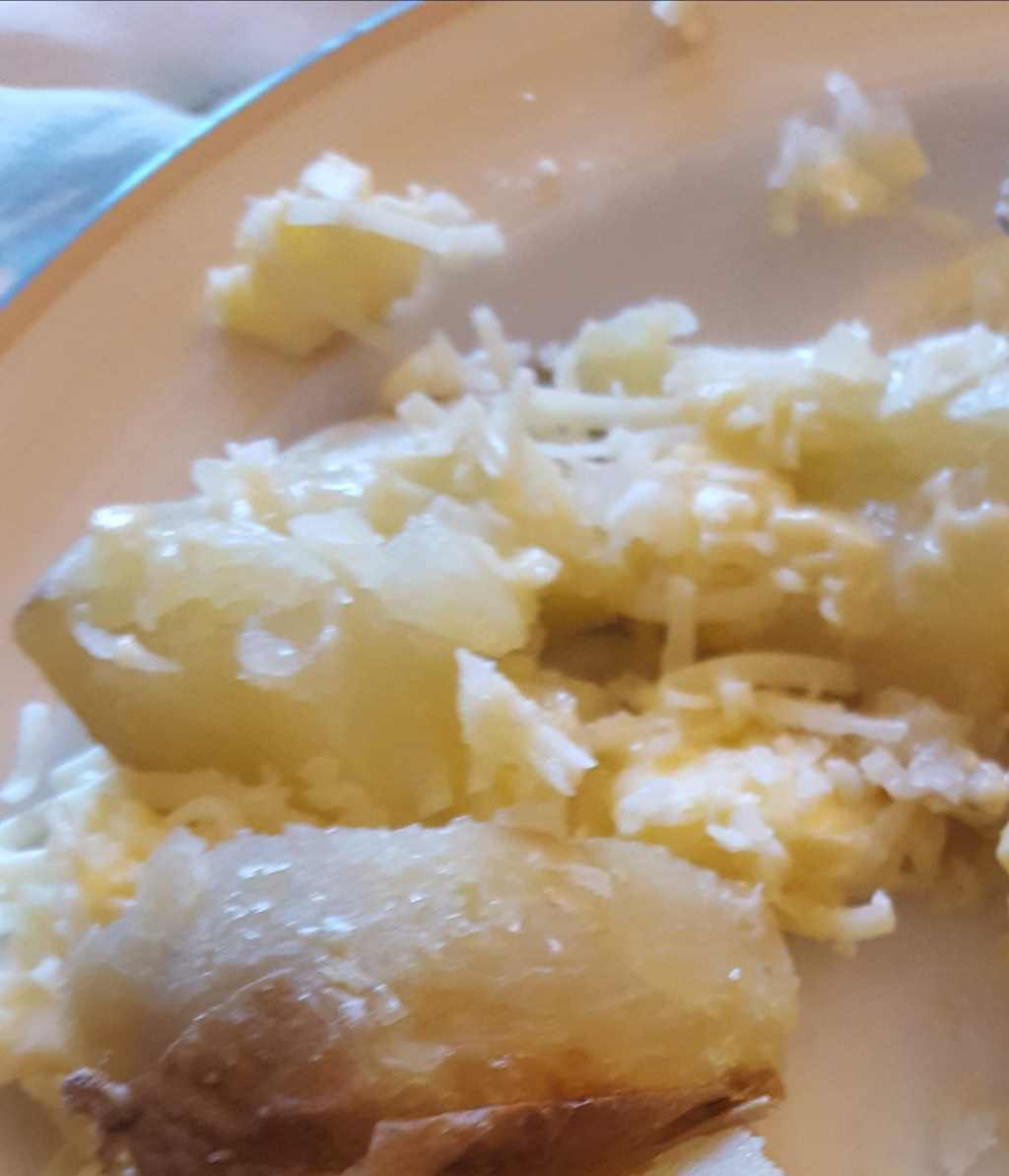 Family member submitted a 'cold' jacket potato with cheese for lunch saying it was ' cold, bland and lacking any vegetables'.

CARE CAMPAIGN FOR THE VULNERABLE

Care Campaign recieved many messages from families and carers telling us their experiences of poor food in care homes. Jayne Connery Founder of Care Campaign said '' We received so many messages after we posted on social media a daughter's experience concerning her Mother's care home food. It is absolutely appalling the amount of messages and photos we received, from not only families but carers too, many telling us food offered at mealtimes was unsatisfactory . What is really worrying is these care homes are not giving our elderly the nutrients they require for fragile bones/ healthy immune systems and general good health. Our elderly need the corrrect intake of food and by the photos we received too many are not receiving this. It is also not acceptable some care homes are charging high fees and yet not delivering a good nutritious diet helping our vulnerable elderly ward off illnessess and to remain healthy. Of course it's important to add not ALL care homes offer such appalling food . After we put out on social media about poor food in some care homes we received many photos highlighting care homes who offer tempting, nutritious, plentiful food and it's a important reminder our elderly in care should be eating a well balanced diet.'' 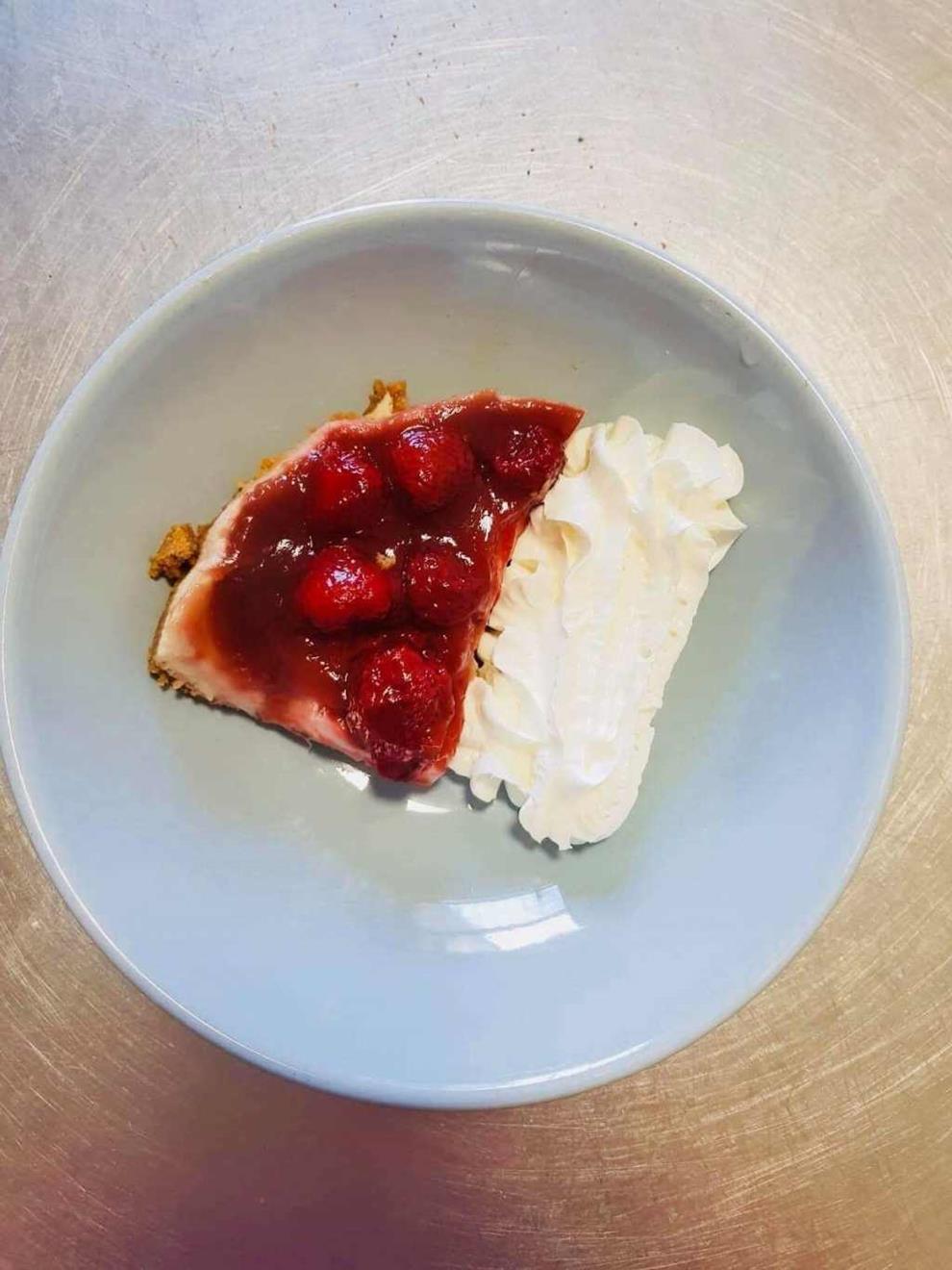