Former CEO of We Are Hourglass (formally Action On Elder Abuse) Gary Fitzgerald is part of Care Campaign for the Vulnerable Professionals in Care Team https://www.carehomeprofessional.com/former-action-on-elder-abuse-ceo-joins-care-campaign-for-the-vulnerable/

Care Homes for older people have been through a particularly bad time during this pandemic. Too many hospitals (not all by any means) discharged older patients into their care with no testing for COVID19 and, in some cases, knowing those patients had the virus but choosing not to disclose it. Care Home staff were denied access to Personal Protective Equipment throughout the intensity of the pandemic, and were also denied testing for themselves. And even when the Government supposedly remedied these deficiencies, it turned out not to be true. So, too little too late, with the inevitable consequence of a huge death rate among residents.

There are many reasons why this happened. Ageism played a huge part. As did incompetence on so many levels, from the Prime Minister down through the civil service and NHS management. Social care has never been seen as a priority service, and the pandemic brought out the worst in that thinking. So, it is to the credit of so many in the care services that they did not just collapse, as happened in some countries. And it was truly remarkable and impressive to see some care staff willing to isolate themselves from their families and friends, locking themselves into care homes with their residents in order to keep them safe.

In that regard, it is impossible not to note that the English regulator – the Care Quality Commission - did themselves no credit during this crisis. They were in a critical position to monitor and report on the tragedy that was unfolding, and they had an obvious duty to maintain control over the scrutiny of care quality, and yet they stopped inspections and effectively went to ground. If something in the region of 20% of care homes regularly underperform (i.e. fail to meet minimum standards), then it is worrying what was happening during this time, with no effective overview or monitoring. And the key word here is 'effective'.

As with any crisis where there is a constantly changing situation, limited information, and a need to take urgent action to stop an unfolding tragedy, care homes took extreme action to protect their residents who were vulnerable to the virus, as well protecting their staff. Effectively, they went into a siege situation, locking the doors and barring entry to outsiders. This was a sensible immediate action in the face of a virus that particularly killed older people, and where there was no external support. Matt Hancocks ‘protective ring’ around care homes was clearly manifesting in his head, because it certainly did not exist in reality. But the hospital discharge of infected patients sadly did.

However, the problem with a siege situation is that it is only beneficial in the short term, to allow opportunities to evaluate and plan better strategies. But it can too easily develop into a siege mentality, whereby it becomes self-defeating. Lock down for too long and it becomes very difficult, mentally, to open up again. But human beings need more than just food, drink and warmth to be fulfilled and satisfied. They need contact with those that they love, those who are their chosen friends. Otherwise, in this context, in the midst of their fellow residents they are alone. And, as we all know, loneliness kills.

The challenge is the obvious need to balance the need to protect with the right people have to choice and control over their own lives, made more difficult of course by the realities of communal living where there are group as well as individual rights. But if this isn’t addressed then residents are effectively being deprived of their liberty, and risk deterioration and death through depression, effectively giving up the will to live. As an example, Steve James a former Head of Adult Safeguarding, commented on last week’s article,

“My 92 year old mother in law has been very well cared for in a lovely 10 person care home for over 18 months now. She thrived and greatly looked forward to Thursday's and Sunday's when we would take her out and see other family, do a little shopping and provide Sunday lunches etc. This all came to a crashing halt in March, when the home imposed a ban on all residents receiving visits and leaving the home, effectively making it a prison. Whilst recent lifting of some restrictions has meant we can now resume visits, these are rigidly controlled and limited to prescribed half hour slots that have to be shared with other resident’s families. The ban on residents leaving the home remains in place, with no signs of it being changed anytime soon. This has had a devastating impact on my mother in law, who has significantly deteriorated both physically and mentally, in part, if not mostly due to the imposed lack of contact with those closest to her”.

But the situation is even worse than this, with families being denied access to residents who are about to die. It is this issue that the Care Campaign for the Vulnerable (@CCTVinCare) are rightly raising and questioning. They are rallying support to make it a requirement that care providers must allow one family member, with full PPE, to visit residents who are about to die.

And they are right.

When older people are being denied the most basic human need, to have their family around them as they die, we are not only indulging in the worst form of elder abuse (however unintentionally) but we are leaving families with a grief that they will never be able to overcome.

Of course, we all want to see people in vulnerable situations protected as far as possible. But that protection must include protection of their mental as well as physical needs. This is not a new dilemma, and it has been addressed on numerous occasions in law. For example, in the case of Re M (2013): the judge (Jackson) made a ruling which is most pertinent here:

In the end, if M remains confined in a home she is entitled to ask “What for?” The only answer that could be provided at the moment is “To keep you alive as long as possible.” In my view that is not a sufficient answer. The right to life and the state’s obligation to protect it is not absolute and the court must surely have regard to the person’s own assessment of her quality of life. In M’s case there is little to be said for a solution that attempts, without any guarantee of success, to preserve for her a daily life without meaning or happiness and which she, with some justification, regards as insupportable.
Having spent a significant proportion of my life seeking protection for abused and neglected older people I recognise how difficult it can be to balance the strong desire to protect, with the reality that life doesn’t always work like that. The understandable desire of families to wrap parents in cotton wool to protect them (or in this case the belief by care homes that they are fulfilling their duty to protect) will sometimes result in a life for the older person that is frankly not worth living. Lord Justice Munby summed it up perfectly in 2007 (Local Authority X v MM & Anor (No. 1) (2007)) when he ruled,

The fact is that all life involves risk, and the young, the elderly and the vulnerable, are exposed to additional risks and to risks they are less well equipped than others to cope with. But just as wise parents resist the temptation to keep their children metaphorically wrapped up in cotton wool, so too we must avoid the temptation always to put the physical health and safety of the elderly and the vulnerable before everything else. Often it will be appropriate to do so, but not always. Physical health and safety can sometimes be bought at too high a price in happiness and emotional welfare. The emphasis must be on sensible risk appraisal, not striving to avoid all risk, whatever the price, but instead seeking a proper balance and being willing to tolerate manageable or acceptable risks as the price appropriately to be paid in order to achieve some other good – in particular to achieve the vital good of the elderly or vulnerable person’s happiness. What good is it making someone safer if it merely makes them miserable?

And that is the point that care homes need to take on board. What good is it making someone safer if it merely makes them miserable? That is not to suggest that this is an easy situation, or that it carries no risk. But we have to manage those risks in conjunction with older people, and listen to what they consider is most important. If they have lived several decades in making decisions for themselves, they must be enabled to do so now.

You can find out more about the Care Campaign for the Vulnerable on twitter @CCTVinCare or at https://www.carecampaignforthevulnerable.com or LinkedIn: https://www.linkedin.com/in/jayne-connery-92376758 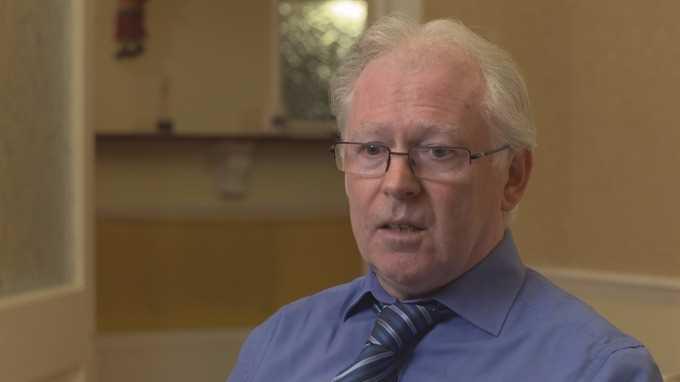