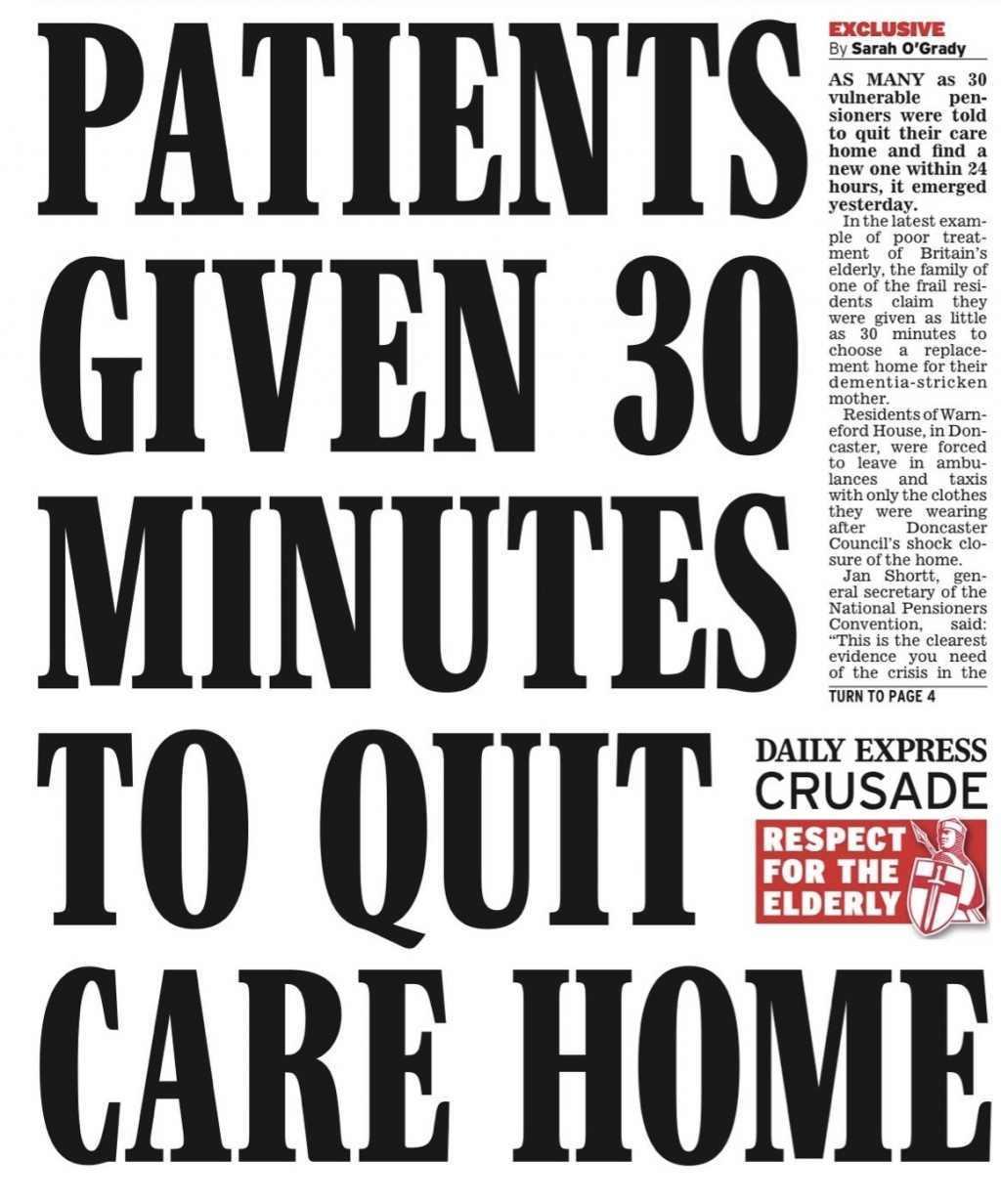 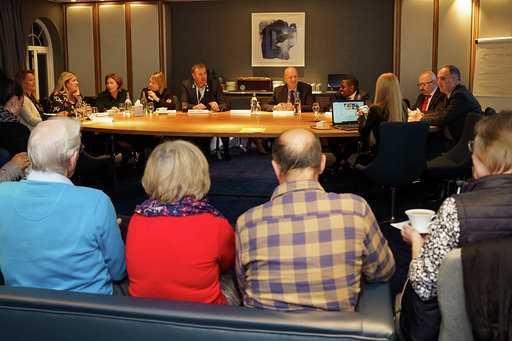 Care Campaign for the Vulnerable speak to distraught families that contact us when loved ones are handed notice to vacate their care homes telling us in many cases it was because loved one's complained about 'poor care'. Care Campaign for the Vulnerable wants to see the law become more effective towards families and resident's rights and so to challenge these sometimes 'immoral' practices.

What does it say about our society when we continue to passively accept the mistreatment of elderly vulnerable people?

It should be considered an outrage and an act of harm to attempt the eviction of vulnerable elderly people from a care home in which they have lived for many years. But sadly, no such emotions exist. Every single day I hear from families who express real sorrow because they have learned of the imminent removal of their loved one from a care home. They know, like I do, (as research has shown) this type of eviction may be the beginning of a journey of swift decline for their elderly family member.

Far too often over the last few years, I have listened to testimony from families who have recalled the traumatic experiences of dealing with Care Providers. Forced evictions is a prominent issue and one that precedes the sadness of the subsequent bereavement that often followed as a result. The loss of their loved one in such circumstances has had a lasting effect because of the ‘if only I had done something more’ question that lingers with the overwhelming feelings of guilt.

The reality is families are also victims. When care providers (whether public or independent) decide to close a care facility or indeed serve a single resident/family with an eviction notice, no protections or options exist at all for families to challenge that decision. It is often the case that a notice period can be as little as seven days and in that timeframe, alternative accommodation has to be sourced. Some providers simply resort to seeking hospital admission for particular residents then refusing to ever take them back to the care home as they are ‘too difficult.

Something really must change soon. The regular allegations of poor care, inadequate nutrition and hydration, the recurring incidence of unexplained injuries and continued forced evictions are not recent phenomena, they are all issues that have been ongoing for decades. In that time hundreds of vulnerable people have suffered as a result and undoubtedly many lives have ended prematurely. A complete lack of transparency and openness in care environments prevails and most providers have absolutely no interest in addressing such. The very few that have adopted safety monitoring systems for example have confirmed that they have ‘had their eyes opened’ even in homes that they had thought had all the hallmarks of ‘good’ care provision.

These are ongoing issues for all stakeholders, whether regulators, service commissioners, care providers, care home staff or residents’ families themselves. At the centre of any care home is the vulnerable person who is dependent upon all of the others for their personal welfare.

No one sees the older person anymore…just the problem. Are elderly vulnerable people really so deserving of so little respect?