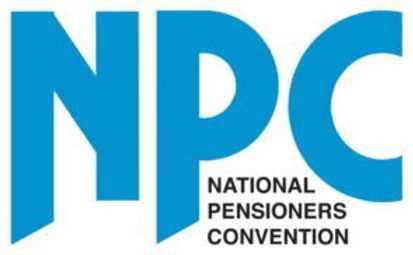 The UK’s largest campaigning organisation for older people has launched a new report that details how a National Care Service can heal our ailing care sector.

Working alongside the NHS, the new NCS will be high-quality, fully funded, and free at the point of need for all, with the service user at its heart.

The National Pensioners’ Convention, run for and by older people, consulted their membership on what they wanted to see as an all-round quality care service in response to the already serious failings of the country’s broken and chronically under-funded social care system.

But the onset of the Coronavirus pandemic, and the tragic toll it has taken on the oldest and most vulnerable in our society – nearly 20,000 deaths in care homes alone by June - has starkly exposed the urgent need for reform now.

The NPC’s Goodbye Cinderella report not only reveals the issues facing the care system, it also details what is required to instigate radical change. Through 15 comprehensive recommendations* it outlines a blueprint for a National Care Service that will meet the needs, not only of this generation and those to come, but will also be beacon for care everywhere. *(full list in main report).

NPC General Secretary Jan Shortt said, “After everything the country has suffered through this horrific virus, the time has come to set aside years of procrastination over the reform of our ‘Cinderella’ care system that has been neglected, and starved of resources until it is on its knees.

“This report, the result of our specialist NPC Health and Care Working party, chaired by Dr Jean Hardiman-Smith, is the first serious step towards a national debate on genuine reform of our essential care services, which are just as important as our National Health Service, into an offering that is worthy of every one of us.

“The NPC is now inviting the Government to hold urgent cross-party talks, as promised by the Prime Minister in the Queen’s Speech, with the NPC and other stakeholders who support serious reform for the provision of care.”

Among the key proposals in the new report, which includes a Foreword by Professor David Oliver, former President of the British Geriatrics Society and a former National Clinical Director for Older Peoples Services, the NPC calls for:

• A national debate on a free to use, fully funded National Care Service that integrates health and social care provision by regulated providers.
• A robust regulatory body enforcing standards and investigating abuse.
• An end to means testing, and parity for those with dementia and other long-term conditions, as well as an end to unfair and unequal system of care benefits.
• A professional training programme elevating care workers to the same level as hospital nurses, with registration and improved pay and conditions.
• Recognition and proper support for the millions of unpaid ‘family carers.’
• Investment in preventative services and custom housing for older people.
• Removal of private equity funders from care services and the re-introduction of a mixed economy of local authority, not for profit, voluntary sector and NHS providers.
The Chair of the NPC Health and Care Working Party which authored Goodbye Cinderella, Dr Jean Hardiman Smith said: “This booklet is a genuine tour de force. It is a direct result of listening to the opinions, dreams and hopes of a million and a half NPC members, including experts and experts by experience. It highlights their lived problems, but more than that, it signposts to the solutions. It supports a cradle to grave approach for all. It deserves to be heard, and acted on, by the widest possible audience. To sum up, this is the best piece of work I have ever read on social care.”

Professor David Oliver, a former President of the British Geriatrics Society and former National Clinical Director for Older Peoples Services who wrote the Foreword to Goodbye Cinderella, has welcomed the report and its recommendations.

He said: “The NPC has a really well referenced and well-argued document that is setting out what the problems are in social care in clear terms. What makes it even more compelling, is that it has been produced by an organisation of older people, who are at the frontline of this crisis.

“The NPC’s proposals are radical, but I think they are what is needed. Social care has been the poor relation, the Cinderella to the NHS, and yet there are more people using social care than are using the NHS hospitals.

“We have had over 20 years with people talking about solving the social care crisis, report after report, and yet no meaningful solutions have been put in place. Reform is discussed but then it is kicked into the long grass.

“I think by asking for a National Care Service on the same footing as the NHS, based on need funded by taxation and NI, with an end to means testing, more integration and equal focus with the NHS, the NPC is saying all the right things.

“Boris Johnson promised in the Queen’s Speech that he is going to do something about it, now he needs to keep his word and take action, especially as Covid-19 is likely to see providers of social care going out of business in the short term, unless they get a financial settlement.

“We need joined up working between social care and NHS services, we also need to think about staffing and the workforce challenge in terms of conditions, pay, training and immigration policy. We need to stop calling care workers ‘unskilled’ - training needs to elevate the role to make it more prestigious – as it should be. We need professional training, registration and better pay, to make care work a career, especially because you have big workforce gaps in the sector.”

Jan Shortt commented: “Almost without exception we will all need care support at some point in our lives. Many people, used to freely accessing our extensive NHS, are shocked to find how difficult it is to access the limited resources of our care sector. They frequently face means testing to determine if they qualify for help – a process that those most in need face at a time when they are most distressed and vulnerable.

“This has to stop – we should not put our most vulnerable through this ordeal. As it is often quoted, ‘the true measure of any society can be found in how it treats its most vulnerable members’ – I hope the Prime Minister will keep his promise in the Queen’s Speech to "seek cross-party consensus" on proposals for long-term reform to social care, with no one having to sell their home to qualify for assistance.”

***The National Pensioners Convention was set up in 1979 to champion the rights and welfare of the UK’s older people. It now represents more than 1.5 million people in over 1000 different organisations across the UK. It holds an annual pensioner’s parliament which debates current issues affecting the nation’s older population. npcuk.org

Care Campaign For The Vulnerable Statement

CCFTV is delighted to confirm our support for the National Pensioners Convention’s (NPC) ‘Goodbye Cinderella’ report. Many of the recommendations therein align with our aspirations for the care and welfare of older people. Specifically we support the call for a National Care Service that doesn’t require means testing, that seeks to professionalise the carer role, that expects greater involvement of family and friends in the care process and insists on more robust independent inspection programmes.

We commend these recommendations from NPC as emminently sensible and deliverable objectives. It is our belief that adoption of these worthy recommendations when wedded to our proposals for safety monitoring, making the abuse of older people a hate crime and creating tenancy rights for residents in care homes to end the scourge of indiscriminate evictions, would once and for all create a care service of which society could be proud.