Care Campaign for the Vulnerable...We raised nearly £700 on a Memory Walk for the Alzheimer's Society

A great turn out today in Watford for the Alzheimer's Society Memory Walk. People came out in force to show support and to raise much funds - all walking in memory of a loved one. Jayne Connery walked for her mother Ellen who lives with dementia. Jayne said 'I'm so lucky mum is still with me and s... More

Our forthcoming formal black tie special evening event was given a surprise boost at our Rotarian meeting yesterday with a donation of £200. CCFTV will hold a raffle on the special evening at The Crowne Plaza Hotel Beaconsfield. Proceeds from the raffle ... More

Director Jayne Connery Care Campaign for the Vulnerable be attending another meeting at the request of Dominic Grieve MP , after summer recess on Friday 8th September 2017. Jayne Connery will be attending the meeting to discuss the response back from Jeremy Hunt MP after Mr... More

https://m.youtube.com/watch?v=h0YzXEVj_H8&feature=share Founder of Care Campaign for the Vulnerable Jayne Connery gives an emotive interview live on Sky News telling of her and the many thousands of supporters experiences and the reasons why the care sector is failing too many residents, families... More

We are receiving support from a VERY special someone ...

https://www.facebook.com/pg/M.PPartiesAndMascots/groups/ We are delighted to announce a VERY special someone has jumped on board to raise awareness to our CCTV in care homes campaign. A huge thanks goes to MP Parties and Mascots, Rob Mac and David Minard for enabling Cameron to come on board a... More Janie Hayes manager at Freckleton Care home sent our Campaign a brochure today and gracing it was our Campaign logo! Janie wrote '' The folders that will be placed in 100,000 patient bedsides in hospitals across Lancashire. We really do support what you stand for! Amazing what you hav... More

It will be the third meeting on 23rd June, between Jayne Connery and her local MP Dominic Grieve to discuss CCTV in care homes. This time Jayne feels the unwaivering support this campaign is receiving will encourage Mr Grieve to raise this important issue in Parliament. Jayne says 'You only have t... More

Care Campaign for the Vulnerable will continue urging Government ministers to support our safety monitoring in all care and nursing homes initiative - bringing transparency in the care of our most vulnerable and their carers. Last April, our Government petition closed showing a vast area of suppor... More Freckleton Lodge owner tells this campaign why CCTV plays an important part in the running of their care facility.

Janie Hayes who runs Freckleton Lodge, contacted this campaign to tell us they have cctv in their facility and why she feels it plays a very important part in the day to day running of their care home. Here, Janie tells us why. ''We have CCTV installed in ALL communal areas of our dementia c... More 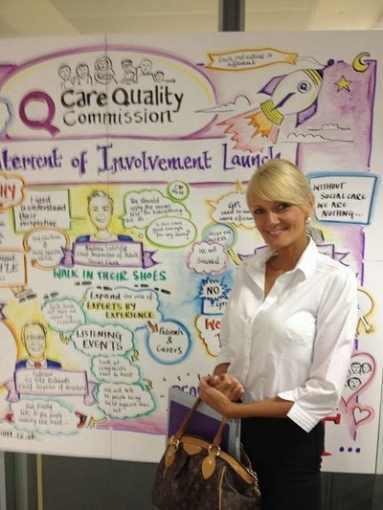 CCTV Campaigner Jayne Connery has contact with many managers of agencies and professionals in the care sector regarding CCTV in care homes . The person Jayne says she admires amongst many others, is the Head of Social Adult Care Andrea Sutcliffe. Andrea joined CQC in October 2013. She leads on th... More

Our supporters respond to Department of Health

''A lame Response'' from the Department of Health regarding CCTV in communal areas of care homes... ...Read more https://www.alzheimers-brace.org We believe in a world free from dementia Every donation, no matter the size, helps BRACE fund vital research that creates scientific progress and real hope for the future - earlier diagnosis, more effective treatments and, one day, a cure. ... More Please support and become a Dementia Friend. Support those living with dementia in the community. ...Read more 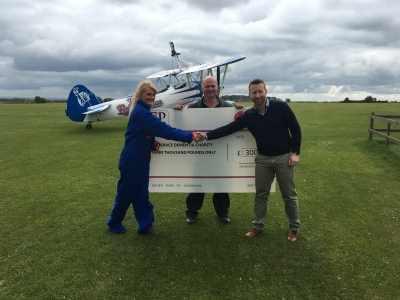 Our Founder takes to the skies for Alzheimer's UK BRACE

Jayne completed her challenge of a Wing Walk taking to the skies for Alzheimer's UK BRACE. ...Read more 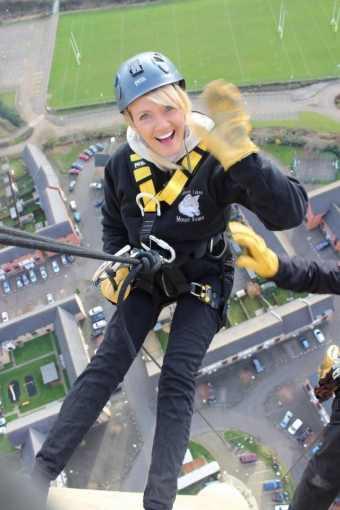 Abseiling Down The National Lift Tower in Northamptonshire for Dementia UK

Raising over £1,000 for Dementia UK. Thanks to everyone who donated! ...Read more 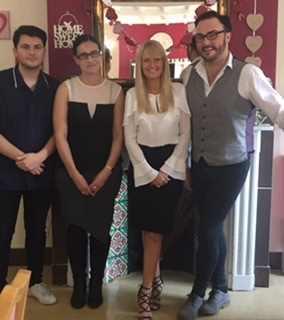 Our Wingwalk raised over £3,000 for Alzheimers UK BRACE Care Campaign for the Vulnerable is working hard to highlight the issues surrounding lack of transparency in care and is calling along with thier strong army of supporters for safety monitoring to be installed in every public ar... More